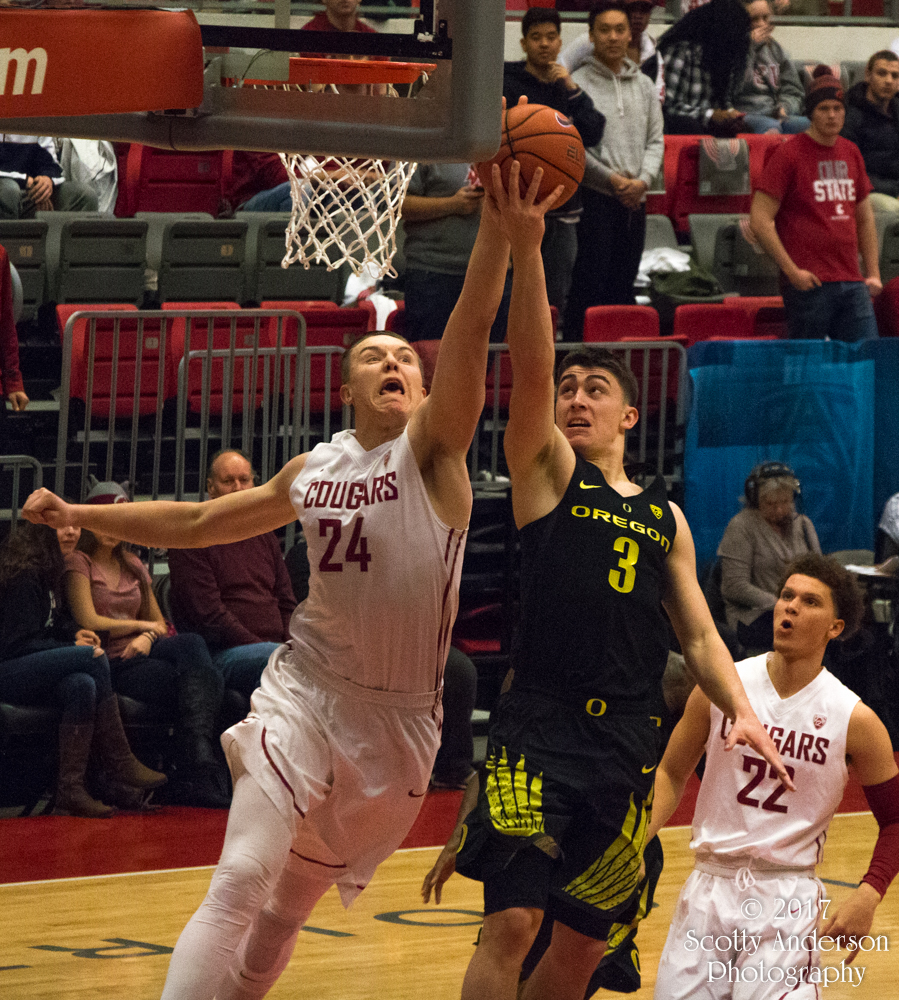 Pullman, Washington — The Washington State University Cougars took on the University of Oregon Ducks at Field Court in Beasley Coliseum on the WSU Campus. The Ducks were 3-0 in the Pac 12 (14-2 overall) and ranked 15th in the nation. The Cougs came in with a 2-0 Pac 12 record (9-5 overall).

Through the first half and the first portion of the second half the Cougars and Ducks were neck and neck. The Cougs lead by several points throughout much of the period of time. But in the final 10 minutes of the game the Ducks started to build a commanding lead. For a while the Ducks could not do anything wrong and the Cougs struggled making shots, maintaining possession of the ball, and stopping the Ducks from scoring.

In the end the Cougs lost by 19 points in a game that did not appear that lopsided through the first three-quarters of play.

The was my first time shooting a basketball game. I tried to get a seat near the court and one that gave me an angle that didn’t place me directly behind the basket. I ended up getting the front row of Section 8. This game me some elevation over the court and a decent angle. But I was behind the basket enough that some of the shots were obscured by the board.

I was able to use my new Canon EF 70-200mm f/2.8L IS USM lens. I found that fast glass was nice. I still had to bump up the ISO setting in order to get the speed. I played around with different shutter speeds and ISO settings. I finally ended up using 1/1000th of a second at ISO-4000.

It was a pleasure to use my lens. I was able to get some great close ups of the action at both ends of the court. With this being my first time out doing such photos I have a lot to learn and a lot more experimenting with shutter speeds and ISO settings before I find myself at a happy place.