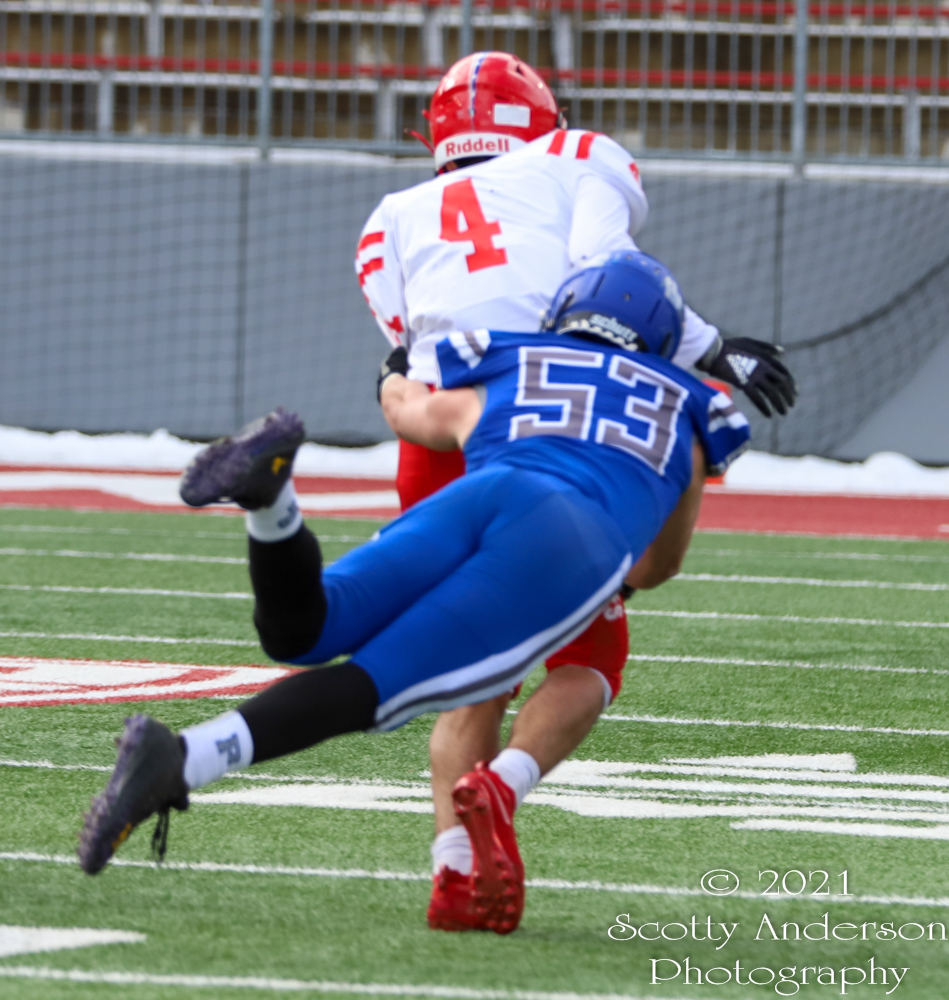 With the delay of the 2020 high school football season we are in the later winter of 2021 playing the 2020 football season. Kick off was around 1300. It was the first time in a long time that I was at Washington State University’s Martin Stadium watching a football game on a Saturday with a 1300 kick off.

It was a cold afternoon and COVID-19 precautions were in place. Everyone had to wear a mask and all the players had to social distance on the sidelines.

Othello got out a quick 7 to 0 lead and Pullman scored to tie it up. Unfortunately, after that it was all Othello.

I did some research to the settings that other football photographers use. I decided today to try a few things because the game was being played in the middle of the day. I used my 2x extender on my 70-200mm lens. I wanted to see what it was like to shoot a game with a 400mm zoom. I also put the ISO on auto. This was a good decision as the field was partially shaded but mostly in the sun. I also shot only used JPG without the RAW photos. This was a suggestion of several bloggers. They wrote that for fast action the RAW slows down the writing of the photos to the card and you can miss some action. I had those problems in the past so I understood what they were saying.

I think the photos were pretty good overall. I ended up taking way more than I have in the past and I think that was due to the fact that I was using JPG only and my camera was working faster. I don’t feel that I lost ability to do the editing I needed to for the photos. So I will probably continue to use JPG for football in the future. I also was happy with the ISO set to auto for the most part. I had the shutter speed set to 1250 and the f-stop as low as it would go. Normally my 70-200mm would go to f/2.8 but with the 2x extender I could only go to f/5.6. I think with it being daylight that was fine. Where I had some issued was that if I was too close to the action the lower end of the zoom (140mm due to the 2x extender) hindered getting some shots. I did have a backup camera that would go much lower but it is hard to change cameras in the middle of a play. So if the team was close I would sometimes change cameras. But other times the action came to me and I didn’t have that chance.