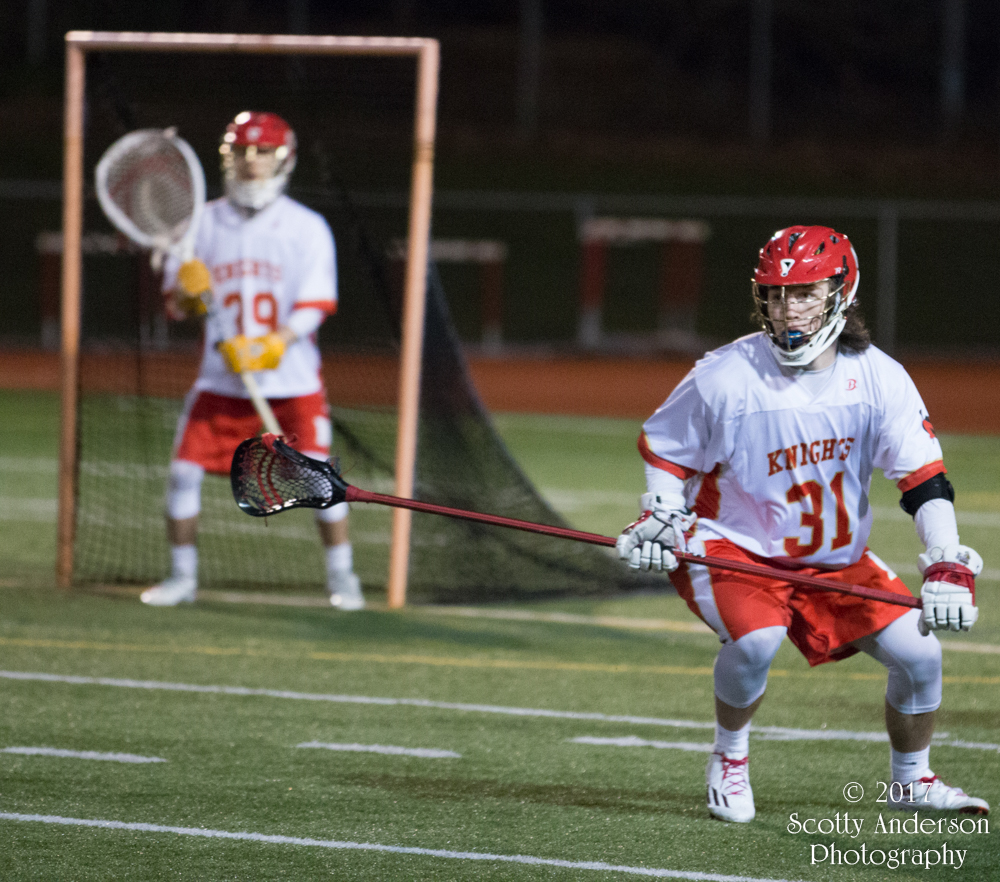 This evening I was in Bellevue and took some photos at the Newport Knights and Roosevelt Roughriders Lacrosse game. Newport had a lead of 5 to 2 at the half and ended up winning by a final score of 9 to 4.

The photos from the first half were taken while sitting on the bleachers. Then I went down to the track and next to the playing field. I got better closeup shots there, for obvious reason.

The whole shoot was done with my Canon 70D with my Canon EF 70-200mm f/2.8L IS II USM. I don’t have a lot of descriptions included in the photos mainly because I did not have a roster so I did not know what names to place with the photos.