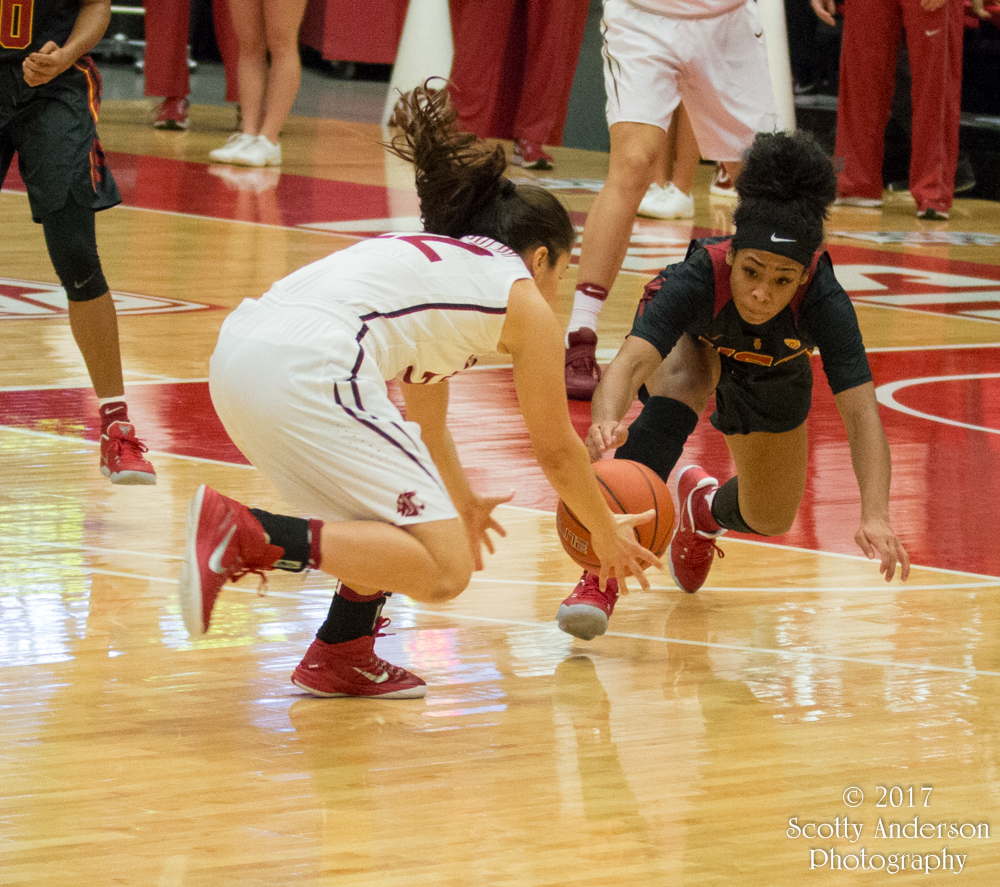 Pullman, Washington — The Washington State University Cougars took on the University of Southern California Trojans at Field Court in Beasley Coliseum on the WSU Campus. The Trojans came to Pullman ranked number 7 in the nation.

The WSU Women played tight with the Trojans for the first half. The Cougs went to the locker room with a one point deficit but shortly after re-appearing after half time they Cougs worked to take the lead and expand their lead to a double-digit lead.

The Cougar Women went on to win with a score of 74 – 57. This is reported to be the biggest upset in Cougar Women’s basketball history!

After this victory the Cougs sit number five in the Pac-12 with a 3-2 conference record and 8-8 overall record.

The was my second basketball shoot with my new lens. I settled on a slightly slower shutter speed and a slightly lower ISO setting. But I still had them pretty high. I was sitting closer to the court and at a different angle then at the men’s game. I found I liked the angle I had at the men’s game better. I was in the corner rather than along the long edge of the court.

The corner gave me better angles to some of the action. That said my seat at the women’s game did not obscure any of the shots because of the backboard. So there were pros and cons.

I got a couple shots in this game that I really liked. I also missed one that would have been awesome. One of the players was falling down and grabbed a hold of the referee to keep herself from completely falling to the ground. I was I had gotten it. But that taught me to realize that just because the goes out of play doesn’t mean great shots are not available.

Congratulations to the Cougs in this great victory!