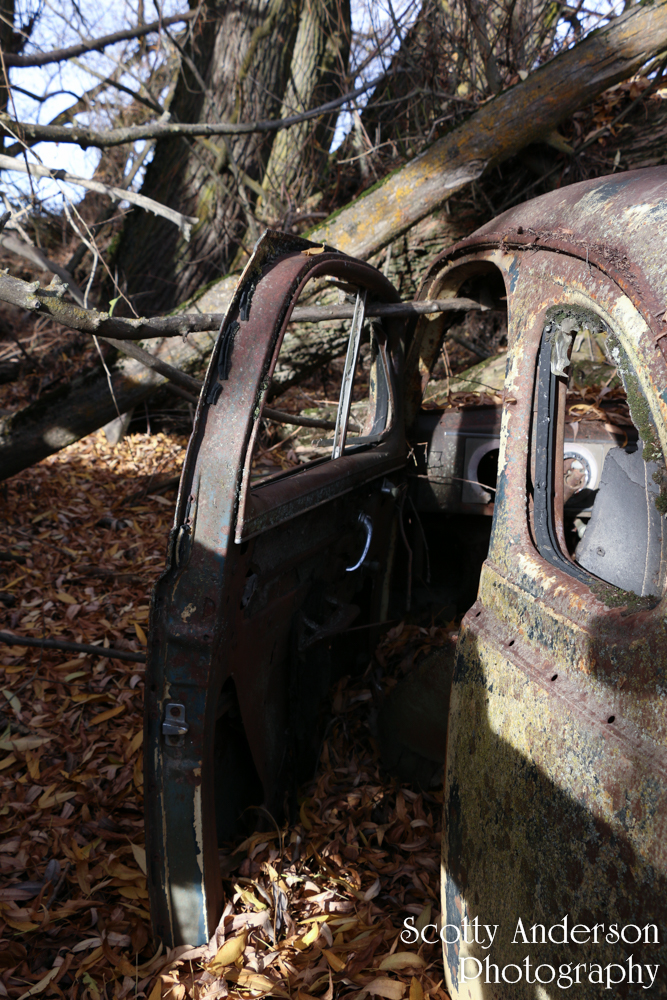 Within this patch of trees was something I would not have expected to find — two abandoned cars. They are parked side-by-side. It looks like they may have been parked there at some point and just never moved again. They don’t look dumped. Even if they were running there would be no way to drive them out of there because of all the tress that would be in the way.

I took the opportunity to take some photographs of the cars.