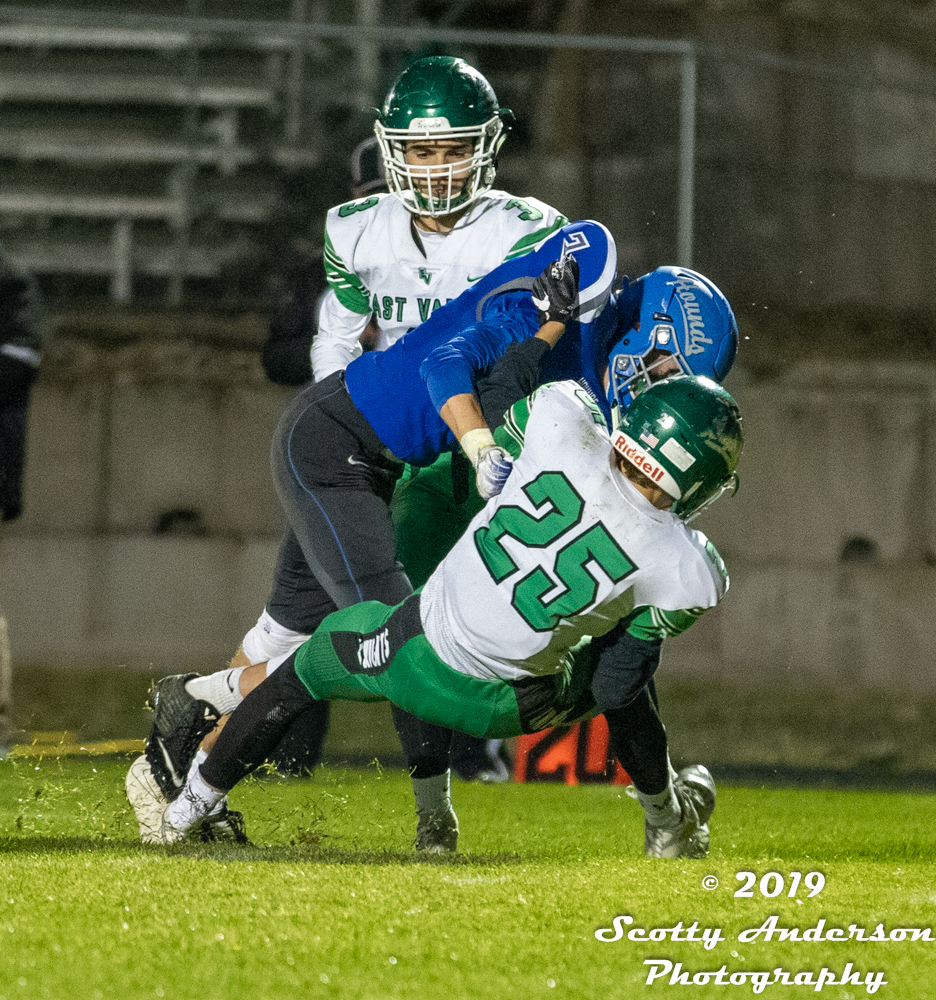 This evening I was shooting photographs at the Pullman High School football game at Hobbs field. The game was between Pullman HS and the East Valley Knights.

Pullman dominated the whole game with the final score of 41 – 0.

During the game I used by my Canon 6D with the Canon 70-200 lens. I also was using the Canon 70D with a 50mm prime lens. I used my Spider Pro camera holster system. It worked very well for what I was doing.

I was able to speak to the sports photographer, Kai Eiselein, who works for the Daily News. He game we some pointers and tips about the camera settings for shooting the game. A little more than half the photos were shot with my adjusted settings and the others were shot at the settings I was using last week.

I seem to always be playing around with the settings in the manual mode in order to find the right balance between the shutter speed, ISO setting, and f/stop. I also changed the focus point on the 6D which made a huge difference in getting my photos later in the game.