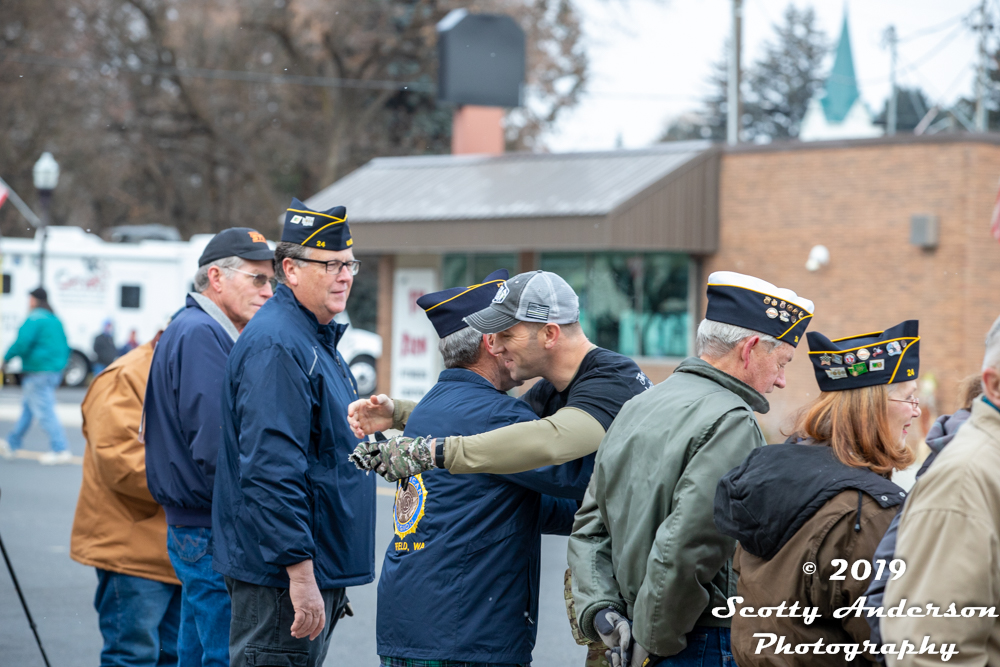 This morning I was in Oakesdale, Washington shooting photos at the Ruck for the Fallen. It is a charity event dedicated to those in the military and first responders. As taken from their facebook page:

“‘Ruck for the Fallen’ is dedicated to our pledge of supporting our lost heroes. Our goal of unwavering support is achieved by raising funds for families who have lost a first responder, an active military member or veteran in the line of duty or who are experiencing mental, emotional and physical effects incurred by the risks they face every day.”

I tried to get photos as people left and returned from the Ruck. Today there was a 3.1 mile and a 6.2 mile course. A number of people participated in the event. Because I was trying to get photos of everyone who was involved I have decided to upload the majority of my photos. I shot approximately 700 photos between the two cameras. A number of them were at the concert that was held after the event. That was a great challenge. The lighting was great for the concert but not the easiest for shooting photos. Many of the photos have a strong blue tint. That is due to the color of the lights that were in use.

The event was a very nice event for the local community and they hope to do it again next year.

This is the largest gallery of photos I have placed in a single post.