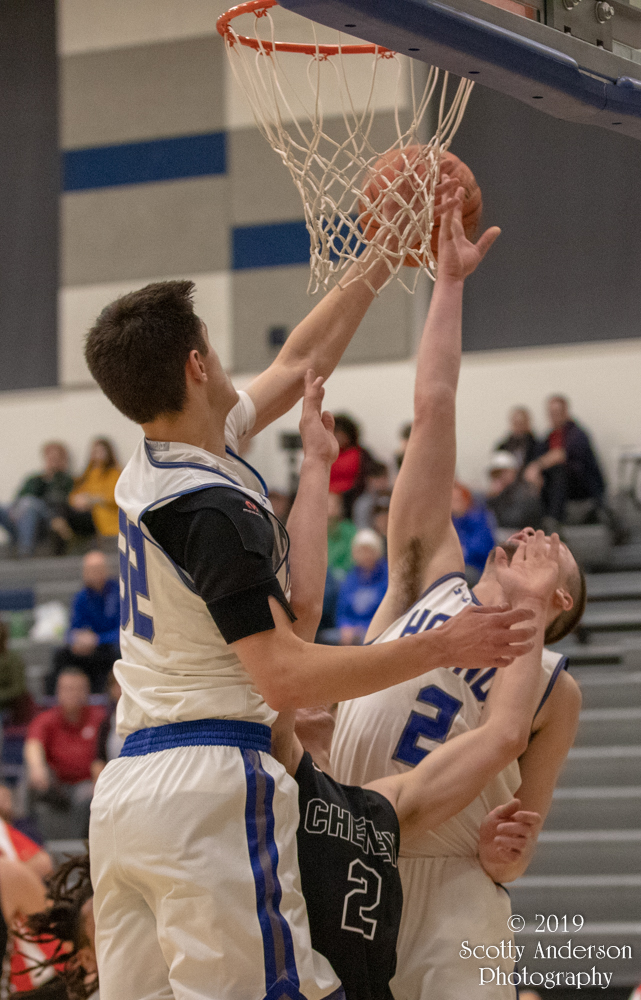 On January 4th , 2019 I took photos at the Pullman High School boys basketball game versus Cheney High School. Pullman entered the night with a Great Northern League (GNL) record of 3-0 with a 10-0 record overall. This league match-up of the Pullman High Greyhounds and the Cheney High Blackhawks was played in Pullman. Cheney entered the game with a 2-1 GNL and a 4-4 overall record.

After the first quarter of play Cheney lead Pullman 16 – 10. By halftime, however, Pullman had tied the score 22 all. In the second half of play Pullman extended their lead by 2 points. They got some breathing room down the stretch. Pullman won by a final score of 50 – 45. This moves Pullman to a league leading 4-0 record.

I also had my new Spider Pro holster system in place. This is a belt worn holster that allow my cameras to sit securely on my hips rather than around the neck which causes neck and back pain. The system worked very well. By the end of the game my muscle memory was helping me switch the cameras quickly.

This was my first game shooting basketball. I stayed on one sideline for the entire game. In the first half I was on the Pullman end. The second half I was on Cheney’s end. This game me a chance to be close to Pullman when on Offense and on Defense.