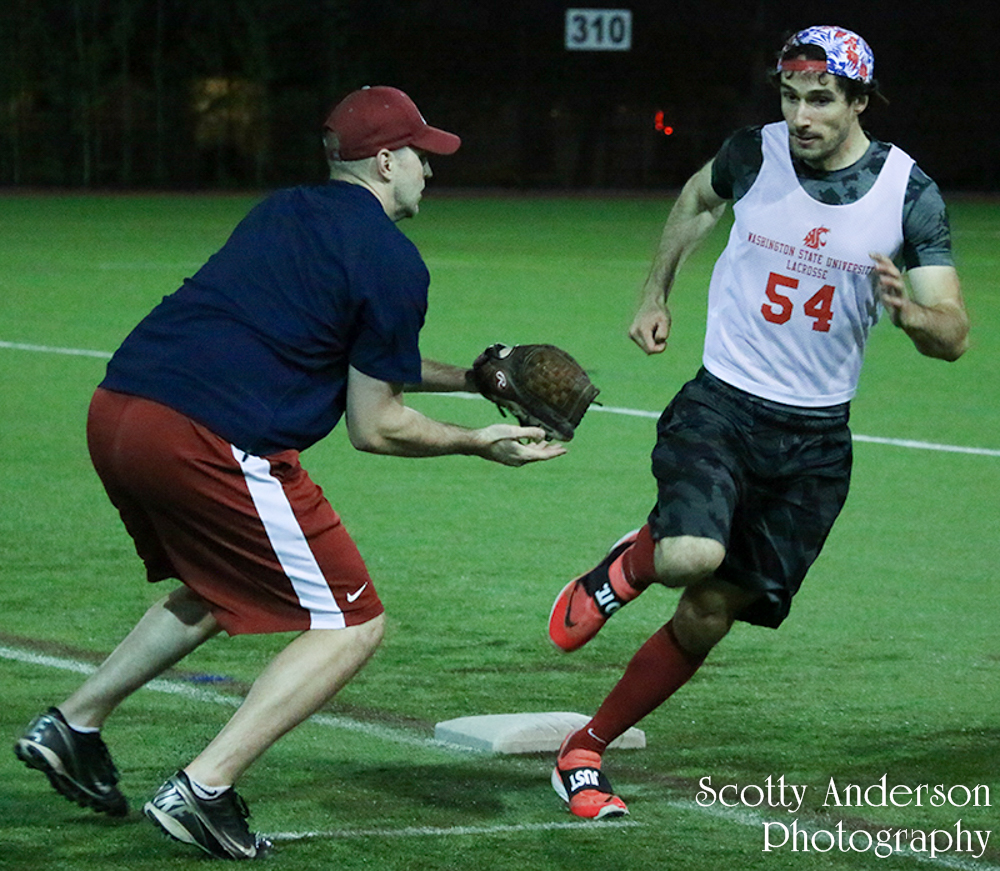 The Cougar Country Nadirs Premiere Softball team played in the first playoff game of the Spring 2016 WSU Intramural (WSU IMs) season. The game was played at the Valley Road Playfields – Field C. We were the home team. Unfortunately we were playing very shorthanded. We only have eight players going against a team that we had not played before. As it turned out the team was a bunch of hitters. I lost count of the number of balls they hit to the fence. They also did have a couple homeruns. It made for a long night as the Nadirs were eliminated from the playoffs in round one.

I was unable to play due to my recovery. So I decided I would try to take photos. The fields were lit with field lights. It is not incredibly bright. I talked to my friend Dean Hare about shooting these photos. As far as shutter speed I had read that 1/500 is the slowest I would want to go for sports. I asked Dean what ISO setting I should use. He suggested I needed to use the one that would get me the photo. What I found was that with a shutter speed of 1/500 I used an ISO setting of 10,000. Even then the photos were still sort of dark. What’s worse is the photos are pretty grainy. This was my first attempt at doing such a shoot and I found the results are not quite what I would have hoped for. There are a few photos in this collection that I like but overall I feel like they are too grainy and too “snapshot-ish” for what I would have liked.